Conventional cleaning steam path components produce temperature and pressure cycling that cause undesirable stresses on tubes, headers, and other equipment while generating functional cleaning forces for only a fraction of each cycle’s time. Traditional steam blows take more time and disrupt workers and the surrounding community because of excessive noise.

The SILENTSTEAM method from GLY-TECH eliminates these problems and provides superior cleaning. It cleans faster, allowing the steam path components to be blown continuously for hours at a time at near sonic velocities, high cleaning force ratios, low pressures, and noise levels. The noise levels are so low the SILENTSTEAM method steam blows are routinely conducted on a 24-hour basis. 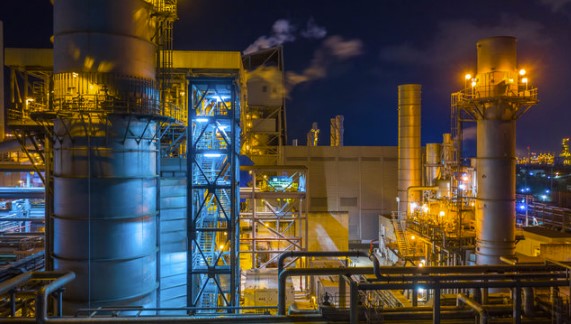 “Having operations proceed for 24 hours at low decibels allows for a cleaning around the clock and does not neglect SIMOPS,” said Lawrence Johnson, GLY-TECH Project Engineer.

The required steam blow is pre-calculated using GLY-TECH’s fluid technology software, using approximately 45 to 55-percent of the maximum steam flow at low pressure. This calculation will depict how the steam will react in real-time scenarios. The method successfully functions because high-temperature steam at low pressure has a much higher specific volume than corresponding temperature steam at high pressure. The multiplier, therefore, in the steam flow calculation is more significant in a low-pressure situation.

“GLY-TECH is able to model customers’ existing equipment and simulate how flow will perform inside of the pipe,” said Johnson. “This allows the steam blow process to be exact in the field. We are then able to determine steam blow conditions long before work commences.”

“Steam blowing is always needed when HRSG are built or new steam turbines are being replaced or installed,” said Johnson.

Science Behind the Method

The GLY-TECH method allows the steam to exit the permanent pipe as low-pressure, super-treated trans-sonic velocity steam. The steam is decelerated and cooled until discharged as a low-velocity vapor plume as it passes through specially designed equipment. The process never allows the exhausting steam to form a sonic shock wave, thus eliminating excessive noise and pressure. The traditional standard of measuring cleaning effectiveness is the cleaning force ratio (CFR). This is a ratio of mass velocity head at design conditions to the mass velocity head during the steam blow. 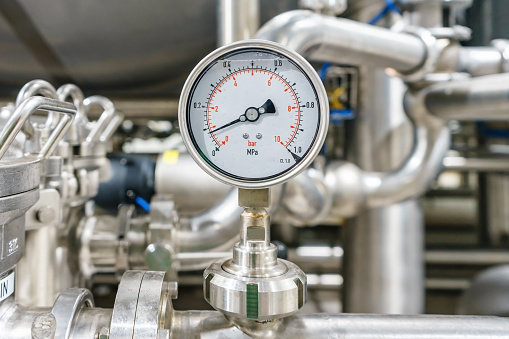 “The turbine manufacturer usually determines the CFR for each case and typically does not exceed 1.2,” said Johnson. “GLY-TECH is able to meet each case.”

Typically, specifications for a steam blow will stipulate a CFR of greater than 1.0. A traditional exhaustive steam blow, if correctly designed, produces a CFR slightly over 1.0 at the boiler’s superheater outlet.

The SILENTSTEAM method continuously produces CFRs much greater than 1.0 at the superheater outlet. Conditions generating high Reynolds numbers in the seven-digit range result in clean systems in short periods and velocities extending as high as 80 to 90-percent of sonic in the areas to be cleaned.

Loose materials are easily swept out of the tubes and piping and then removed from the fluidization system. Adherent materials such as weld slag, rust, and even mill scale are subjected to erosive forces due to the high Reynolds numbers and velocities generated.

The SILENTSTEAM method utilizes continuous high-velocity, low-pressure steam to thoroughly clean surfaces. The procedure can be applied in a semi-exhaustive manner where necessary. The constant nature of the technique prompted the development of the Pneumatic Target Insertion Assembly. This device exposes polished brass, steel, or aluminum tar-gets to the steam flow without interrupting the process.

Besides resulting in a clean piping system, the SILENTSTEAM method saves days of critical startup time. GLY-TECH can meet or exceed your target acceptance criteria. In addition to utilizing the high velocity, low-pressure steam as a cleaning medium, the SILENTSTEAM method enhances the effectiveness of the steam through temporary attemperators installed at strategic locations.

GLY-TECH possesses a large inventory of easy-to-assemble flanged temporary piping and fittings in a wide range of diameters and lengths. Our equipment package includes valves, steam target assemblies, and exhaust muzzlers designed to prevent debris projection with exhausted steam. Our piping and equipment can be arranged in any configuration, routing, or elevation, and our containable equipment efficiently mobilizes to job sites around the world.

About
Services
Products
Resources
Blog
Contact
Glycol Circulation Calculator
© 2021 GLY-TECH Services, INC | All Rights Reserved.
Company names/trademarks are the property of their respective manufactures and are cited as reference for the types of products sold.